Overview - What is Romans 13 About? 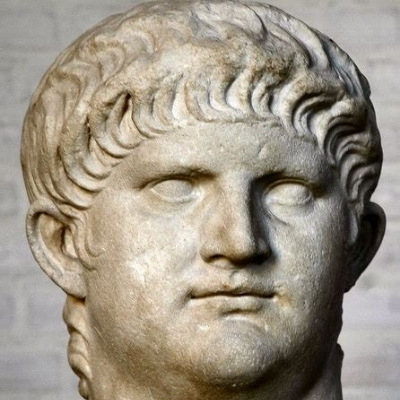 This 13th chapter of Paul's letter to the early Church in Rome has been called 'the most disastrously misinterpreted scripture in the history of the human race' and 'the most controversial Bible passage in history' ...I think referring specifically to the first seven verses, or even just the first two verses, which is a section of scripture about civil government; the 'higher powers'. If you're looking for a Bible verse about government authority, many Christian teachers and would-be scholars would point you to Romans 13:1-2 as the key 'obey the government' Bible verses and would cite them in blanket fashion as a rebuttal to any and all notions of acting against State dictates. This is where the gross misunderstanding of this chapter begins and we'll explore this in much more detail in the pages of this site, namely the thorough exposition of Romans 13:1-7. So what is Romans 13 about?

1 Let every soul be subject unto the higher powers. For there is no power but of God: the powers that be are ordained of God.

2 Whosoever therefore resisteth the power, resisteth the ordinance of God: and they that resist shall receive to themselves damnation.

So there you have it: All powers are ordained by God, therefore we should always obey them and anyone who does otherwise will be damned. We can all go home now, right? Not so fast, Jeremy. The first obvious countering of this is that we are not to take Scripture in a vacuum and we only have to do a cursory survey of the stories and biographies of Biblical 'heroes' to see that this was certainly not the case for many of them, who shunned the official governmental dictates of their day. There have been countless instances of righteous resistance to the powers that be and so what do we do with that, ignore it? At our peril. History has not played out well when there has been blanket obedience to the State in any and all things. [Side note: My book, 'Romans 13 and Covid 19' explores these Bible verses in context to our situation since Covid, and also looks at past examples where governments have used Romans 13 as a weapon to quell dissent, such as Hitler did in Nazi Germany. Grab your copy now if you haven't done so already.]

It is worth noting upfront that we have to be aware of the context in which Paul wrote his letter to the Romans and indeed this specific chapter. Romans 13 is a continuation of Romans 12 and comes before Romans 14...an obvious statement you might think, but so many people forget this and take it out of its context of the surrounding chapters, or the whole letter in general.

Some commentators, go as far as to say that Romans 13:1-7 is an interpolation (an insertion of text that doesn't belong there!), such as James Kallas, who wrote an article to this effect in 1965. Others, such as Mark Nanos, author of 'The Mystery of Romans: The Jewish Context of Paul’s Letters' have said that Romans 13 has nothing to do with one’s relationship to the government, but rather solely about obedience to the synagogue authorities of the time. I do not believe either of these positions are correct: These 7 verses on subjection to authorities are not an out-of-place interlude from the other things on Christian love and gifts, not conforming to the world, Christian conscience and acting out of faith. Rather, they are a complete continuation of these sentiments.

Paul was certainly giving contextual exhortation to the Jewish believers at Rome to keep on living as citizens of the world - both physically and practically, as well as peaceably with each other, Jew and Gentile. They might have been tempted, like the Thessalonians to think along the lines of "We're spiritual people now, of the Kingdom of Christ, not of this world, so we can opt out." It’s quite likely that some of these Christians were inclined to believe that their freedom in Christ meant they didn’t have to submit to civil authorities. In particular, they may have reasoned that if Jesus was Lord, and not Caesar, then they didn’t need to pay taxes to Caesar and to stop following the laws of the land. Paul was warning against this type of attitude. 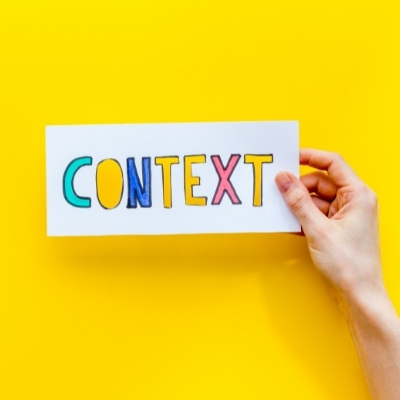 So we can see that, in this context, Romans 13 is not intended as a catch-all and exhaustive discourse on civil government, extending to any and all circs of government tyranny. Not, it's more a simple exhortation to follow the laws of the land generally, in order to prevent division, anarchy or revolution and damage to the furtherance of the Gospel.

"This text is misunderstood if it is taken out of context and used as an absolute word so that Christians uncritically comply with the state no matter what is being demanded. What we have here is a general exhortation that delineates what is usually the case: people should normally obey ruling authorities. The text is not intended as a full-blown treatise on the relationship of believers to the state. It is a general exhortation setting forth the typical obligations one has to civil authorities. Indeed, Paul envisions a situation in which the governing authority carries out its task by punishing evildoers and rewarding those who do what is good. I am not persuaded that one can account for this passage by appealing to Paul’s good relationship with civil authorities or the more genial part of Nero’s reign. Paul was keenly aware that the ruling authorities had put Jesus to death, and as a student of the OT and Jewish tradition he was well schooled in the evil that governments had inflicted on the people of God. It was simply not his intention to detail here the full relationship of believers to the government."

We should be aware that Paul wrote Romans around 56-57 AD and at that time the Roman Empire enjoyed a period of peace that looked very different from the chaos and bloodshed that would characterise the later years of Nero’s reign. It was not until the fire of Rome in 64 AD, which Nero blamed on the Christians, that there was concerted persecution and despotism. Therefore, Romans 13:1-7 should not be interpreted as if it were written to Roman believers in the later years of Nero’s reign, when persecution and oppression were rampant; this would disproportionately strengthen and skew Paul’s 'pro-civil authorities' message.

In terms of the what the whole chapter of Romans 13 is about (all 14 verses), there are three main sections:

Ask the 'Prince of Preachers', CH Spurgeon "What is Romans 13 about?" and he'll tell you this... You can read and download the Romans 13 Commentary from Spurgeon here.

What Romans 13 is about, according to Puritan minister, Matthew Henry - his commentary on Romans 13:1-7:

"The grace of the gospel teaches us submission and quiet, where pride and the carnal mind only see causes for murmuring and discontent. Whatever the persons in authority over us themselves may be, yet the just power they have, must be submitted to and obeyed. In the general course of human affairs, rulers are not a terror to honest, quiet, and good subjects, but to evil-doers. Such is the power of sin and corruption, that many will be kept back from crimes only by the fear of punishment. Thou hast the benefit of the government, therefore do what thou canst to preserve it, and nothing to disturb it. This directs private persons to behave quietly and peaceably where God has set them (1 Timothy 2:1-2). Christians must not use any trick or fraud. All smuggling, dealing in contraband goods, withholding or evading duties, is rebellion against the express command of God. Thus honest neighbours are robbed, who will have to pay the more; and the crimes of smugglers, and others who join with them, are abetted. It is painful that some professors of the gospel should countenance such dishonest practices. The lesson here taught it becomes all Christians to learn and practise, that the godly in the land will always be found the quiet and the peaceable in the land, whatever others are."

1Let every person be subject to the governing authorities. For there is no authority except from God [granted by His permission and sanction], and those which exist have been put in place by God.(A)2 Therefore whoever [a]resists [governmental] authority resists the ordinance of God. And those who have resisted it will bring judgment (civil penalty) on themselves. 3 For [civil] authorities are not a source of fear for [people of] good behavior, but for [those who do] evil. Do you want to be unafraid of authority? Do what is good and you will receive approval and commendation. 4 For he is God’s servant to you for good. But if you do wrong, [you should] be afraid; for he does not carry the [executioner’s] sword for nothing. He is God’s servant, an avenger who brings punishment on the wrongdoer. 5 Therefore one must be subject [to civil authorities], not only to escape the punishment [that comes with wrongdoing], but also as a matter of principle [knowing what is right before God]. 6 For this same reason you pay taxes, for civil authorities are God’s servants, devoting themselves to governance. 7 Pay to all what is due: tax to whom tax is due, customs to whom customs, respect to whom respect, honor to whom honor.

8 [b]Owe nothing to anyone except to [c]love and seek the best for one another; for he who [unselfishly] loves his neighbor has fulfilled the [essence of the] law [relating to one’s fellowman].(B)9 The commandments, “You shall not commit adultery, you shall not murder, you shall not steal, you shall not covet,” and any other commandment are summed up in this statement: “You shall love your neighbor as yourself.”(C)10 Love does no wrong to a neighbor [it never hurts anyone]. Therefore [unselfish] love is the fulfillment of the Law.

11 Do this, knowing that this is a critical time. It is already the hour for you to awaken from your sleep [of spiritual complacency]; for our salvation is nearer to us now than when we first believed [in Christ]. 12 The night [this present evil age] is almost gone and the day [of Christ’s return] is almost here. So let us fling away the works of darkness and put on the [full] armor of light. 13 Let us conduct ourselves properly and honorably as in the [light of] day, not in carousing and drunkenness, not in sexual promiscuity and irresponsibility, not in quarreling and jealousy. 14 But clothe yourselves with the Lord Jesus Christ, and make no provision for [nor even think about gratifying] the flesh in regard to its improper desires.

Footnotes [What is Romans 13 About]

In a sentence, to answer the question, "what is Romans 13 about?", it's about living peaceably and with good order as spiritual Christians in this fallen, sinful world, before Christ's return. We are to neither muddle along in a worldly, unholy way, nor completely abdicate our role in society, our subjection to the authorities put in place to govern, or our duty to love our neighbour. But in all this we are to obey God and our conscience over men, when they are at odds. Romans 13 does not permit for blanket or absolute civil government obedience, especially where governments have turned tyrannical and abdicated their duty given under the same Bible chapter. Rather, there may be certain circumstances that necessitate resistance to civil authority.

You can check out the subtle but important differences in the use of the word 'resist' and 'rebel' between the KJV and NIV in the article Romans Romans 13:1-2 - Resist or Rebel? 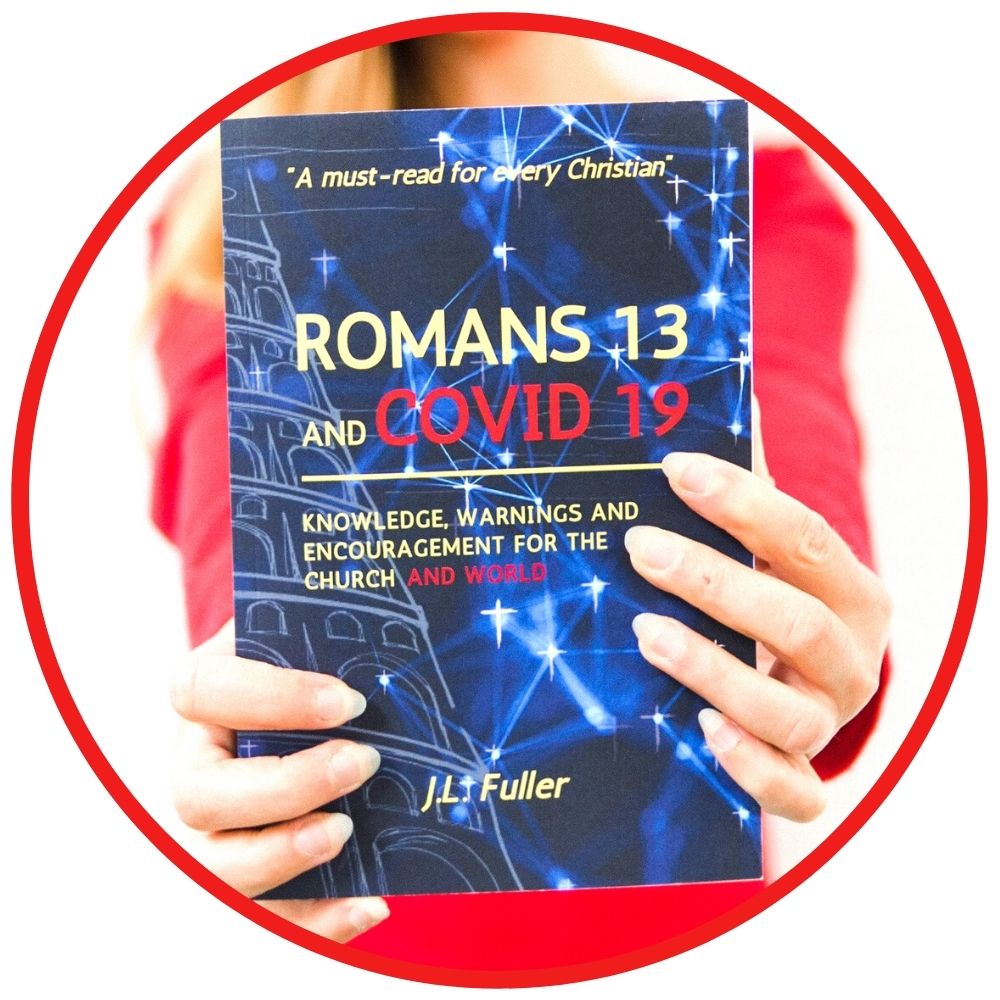