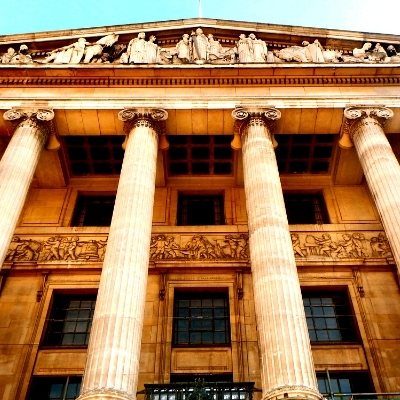 It's a hotly debated topic - does Romans 13:1-7 give absolute or limited obedience to the authorities set over us? Covid 19 and its entourage of regulations and mandates (including those requiring churches to suspend gatherings and worship) has caused many Christians to re-examine afresh these passages of Paul's letter.  It's my strong assertion that every Christian needs to earnestly weigh these verses up, against the whole Counsel of God and also looking at our current situation. Romans 13 (verses 1-7) is about subjection by the Christian to authorities or ‘higher powers’, which can include Civil government – the ‘State’. Here’s the full text (KJV):

“1 Let every soul be subject unto the higher powers. For there is no power but of God: the powers that be are ordained of God. 2 Whosoever therefore resisteth the power, resisteth the ordinance of God: and they that resist shall receive to themselves damnation. 3 For rulers are not a terror to good works, but to the evil. Wilt thou then not be afraid of the power? do that which is good, and thou shalt have praise of the same: 4 For he is the minister of God to thee for good. But if thou do that which is evil, be afraid; for he beareth not the sword in vain: for he is the minister of God, a revenger to execute wrath upon him that doeth evil. 5 Wherefore ye must needs be subject, not only for wrath, but also for conscience sake. 6 For for this cause pay ye tribute also: for they are God’s ministers, attending continually upon this very thing. 7 Render therefore to all their dues: tribute to whom tribute is due; custom to whom custom; fear to whom fear; honour to whom honour.”

There is a lot in here about doing good and doing wrong and a lot of presuppositions are made by Paul; namely, that authority figures are there to do GOOD, by upholding God’s laws. In line with that, we submit under them. Peter echoes this in his statements on submitting to authorities:

“Therefore submit yourselves to every ordinance of man for the Lord’s sake, whether to the king as supreme, or to governors, as to those who are sent by him for the punishment of evildoers and for the praise of those who do good. For this is the will of God, that by doing good you may put to silence the ignorance of foolish men – as free, yet not using liberty as a cloak for vice, but as bondservants of God. Honor all people. Love the brotherhood. Fear God. Honor the king.” 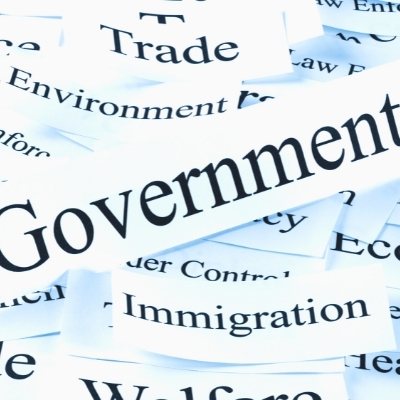 But what if our authorities and governments are not acting as ministers of God for our good, but are acting for evil instead? Are we always to obey them? It is interesting that Paul uses the Greek word ‘hypotassō’[1], meaning ‘to subject’ or ‘be subject to’, in Romans 13:1. There’s another word, ‘hupakouo’[2], which literally means ‘to obey a command’ or ‘to conform’. Peter and Paul could have used this stronger, more black-and-white word, ‘obey’, but they both chose not to. Hupokouo is used 21 times in the New Testament and always denotes a hierarchical context, as in the relationship between children or slaves and their parents or masters (Ephesians 6:1 and 6:5).

Other examples of hypotassō (limited subjection):

Examples of hupakouo (unconditional obedience to a command):

We can see then, from the New Testament Greek, that to submit does not always mean to obey. They are two separate actions or postures. Thus, Romans 13 does not prescribe unlimited obedience to the authorities. In fact, it’s a great and clear statement on the limits set on civil government, which is not at liberty to make up its own power structures, void of God.

A common objection to this that is often heard is that Paul was speaking these verses about obedience at the time of the Emperor Nero, who was anything but a godly leader. Therefore, if submission applied then, it surely must for us! Incidentally though, Paul wrote Romans 13:1-7 in a time of peace under Nero, not tyranny. Samuel Rutherford corrects this kind of thinking in ‘Lex, Rex’[3]: “If Paul had intended that they should have given obedience to Nero, as the only essential judge, he would have designed him by the noun in the singular number.” In other words, Rutherford is explaining that Paul is not writing about Nero any more than he is writing about any current president, prime minister or king. Rather, he is describing what ought to be in the designated offices of authority. These words are prescriptive rather than descriptive. Paul was simply admitting that there are some things that belong to Caesar and that we must render those things to him. He wasn’t for a moment suggesting that the king could demand along with taxes what belonged to God. Paul wrote at a time when ‘civil disobedience’ was an ordinary part of Christian life. In Acts, we read repeated instructions and warnings to the apostles and early believers plainly telling them what they must not do, irrespective of what the authorities may or may not think and prescribe. Let’s explore, then, the extent and limits of submission in the context of Romans 13:1-7 and its surrounding chapters.

[Note: This analysis of Romans 13:1-7 is taken from my acclaimed, best-selling book, 'Romans 13 and Covid 19', read by thousands of people worldwide and used as a resource for truth in these times. You can buy the book here. ] 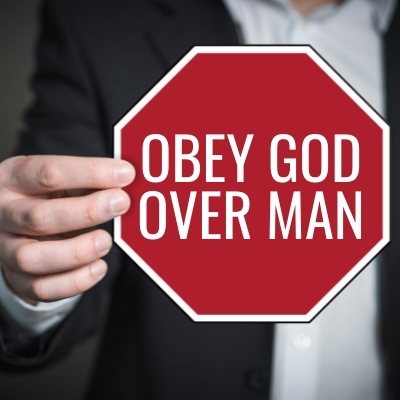 Further, we must be careful to bring what Peter says in Acts 5:29 into our theological discussion, analysis and practical outworking of our remits and scope of subjection to the powers that be. His words to us back up the premise that Romans 13:1-7 offers limited, rather than absolute subjection to the civil authorities:

"Then Peter and the other apostles answered and said, We ought to obey God rather than men."

My acclaimed best-selling book, 'Romans 13 and Covid 19: Knowledge, Warnings and Encouragement for the Church and World' explores Romans 13:1-7 in depth. Do get yourself a copy for a truly thorough, well-researched and fact-checked appraisal of all things Covid and its wider context and a clear, Biblical roadmap for living faithfully and free in your walk with the Lord Jesus Christ at this time.